There’s a plethora of shiny new toys in my possession right now, but I’m sorry to disappoint you, none of them are snowboarding related.

I’ve been frustrated recently that I’ve not been able to connect with as many of the social networking sites as I would like to on a mobile basis. The sites I’m talking about deserve a post in their own right and that will be along shortly, but in the meantime I’ve upgraded my mobile to a Nokia N82 in black! It’s very stealth looking and to be honest would be the perfect phone for the ninja about town……in the meantime however it’s mine!
Not only am I back on mobile internet bit this phone also has the abilty to connect to available wifi connections meaning that I don’t have to use up my data allocation when I’m at home or in a wifi area (which is nice!). I’m still getting to grips with it and a few things aren’t quite working as I’d like but I’m sure I’ll get the glitches ironed out shortly. It also has a few downloadable applications which fit nicely into my geek fitness routine. Sports Tracker logs your steps, calories and route (using the built in GPS) & Step Counter logs your steps and calories burnt over the course of the day. In addition to this Location Tagger will and geotag info to your photos and they can be uploaded to your Sports Tracker route (or uploaded to Flickr and automatically added to your map). I’ve also been playing with ShoZu & ZoneTag for tagging and uploading photos.
The other shiny toys are from the Southampton Megastore of Forbidden Planet and I bought them for my other half. I was passing the store on my lunchtime stroll in the sun and popped in to see what they had in that might make a nice cheer up gift (every so often I feel guilty about working away 3 days a week). So fingers crossed he’ll like what I chose. It has to be said that Forbidden Planet caters for all your geeky toy needs, if you don’t believe me check out their online store!
They also have regular events and signings which certainly look like fun, unfortunately we didn’t make it to the London store when the 501st UK Garrison were out to play but you can see & read about the fun they got up to on Musings and Marketeerings.
Giggity! 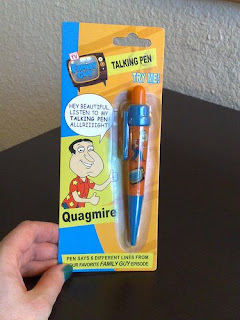 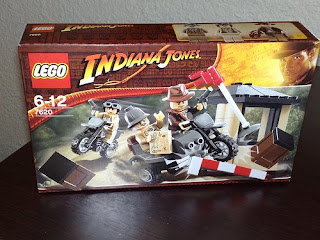 Links to the N82 applications will follow when I have ‘net access other than my work 3G card which blocks certain sites :o(
Spread the love