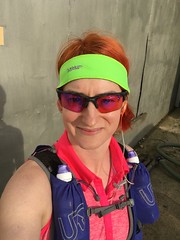 Well that didn’t go quite to plan!

On Saturday I headed down to Kent for the SVN Moonlight Challenge. This was on a new course for me (and SVN) and with loops of about 10km and an 8 hour cut-off, so I was hoping to get about 33 miles done. I love running in the dark, so was looking forward to this race as it ran from 4pm to midnight, giving me plenty of time in the dark to practice running with my head torch. 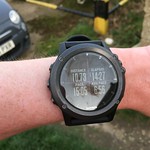 I set off and settled into a pace that felt good, I was comfortable, not pushing too hard all felt great. I got the first lap done in 75 minutes, perhaps slightly fast, but I was feeling good and after a quick pit stop I set out on lap two. Again, I was running on feel….bimbling along happily and enjoying being outside in the fresh air!

This was the first mistake! Running by feel and not following my Garmin stats…I was sticking to my planned 4:1 run/walk strategy but running faster than I should have been.  I just didn’t realise it! Lap 2 was done, I grabbed fresh Tailwind bottles and headed out for lap 3. I decided to try something different at that point (testing pace ratios for my upcoming 50 miler) and decided I would do a lap at 2:1 to see how that panned out. 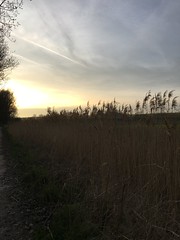 Here comes mistake number 2! Shortly into lap 3 my temperature spiked & I knew I was working too hard. Since I was only running for 2 minutes at a time, not 4, I had subconsciously picked up my pace! I dropped pace and tried to settle down but the damage was done. It probably didn’t help that I had a small backpack on, making it hard for my upper body heat to escape, but as there will be days when I have to wear a pack to carry mandatory kit, I need to find a way to balance the practicalities of racing and my internal combustion issues.

Throughout lap 3 I was struggling to keep my temperature down, and my stomach under control (lesson learned – increase in core temperature definitely causes my emergency poop reflex! Thankfully I managed to do the loop without needing to stop on the side of the trail!).

As I ran I was trying to distract myself from thinking too much about needing a pit stop. I was busy listening to my music, and for once had it on the All Songs playlist. It’s funny that there are so many songs that you have loved in the past but forgotten about, that crop up when you least expect it. It made me think that I should probably listen to more music at home. At the moment I only listen to music when I run, but I think that when we eventually get our own house I might look into getting a wireless music system put in. I’ve seen these Panasonic Wireless Speakers that look really cool, so I’ll be adding them to my list of possible purchases when we have the space and the cash! Maybe then I’ll be able to remember what music I have available and get some new playlists prepped so I don’t listen to the same 30 songs over and over again. 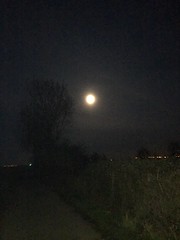 Things weren’t going great and in the final third of lap 3 I did a quick check of my heartrate, it showed as being up at 200bpm…..oops!!

The Boyf caught up with me at that point (as he was on lap 4) and I brought him up to date, but let him know I was OK and would just be taking it steady on my 4th lap (needed to get the marathon distance). When I got back to base camp the Boyf was there waiting for me! He wanted to make sure I was OK and when he knew I was going out again he sacrificed his race plans and decided to do the lap with me. We set out nice and steadily, mostly on a 1:1 run walk, but at a much slower pace than I had been doing. Anytime I felt like I was struggling we slowed down and took it easy. All in all things went well and by the time we hit the last road section to the finish I was able to put in some solid running without stopping to walk. I had finally got my temperature back under control (or my body knew the end was in sight) and we managed a sprint(ish) finish for me to get in and ring the bell at 5:51:39. 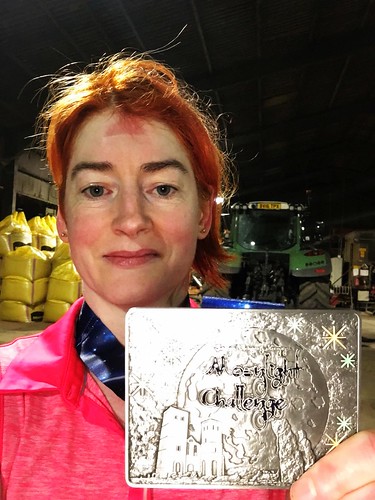 I could have gone out for another lap, I had over 2 hours to walk 10km to get my planned 33 miles, but there didn’t seem to be much point in possibly stressing my body further. Instead I got changed and relaxed whilst the Boyf headed out to get his 6th lap of the day done!

All in all, I have learned that using my Garmin IS beneficial! If I had been watching my pace then it is likely I would have slowed down straight away, I would have been running well within my limitations and not gone crazy when I dropped to the 2:1 intervals and probably would have stayed pretty cool and managed to get 33 miles done comfortably!

So note to self, if you think you’re going slow enough, slow down! And use your Garmin!! I’ll be making very sure I stay very slow at the upcoming Fowlmead 50 race…..here’s hoping it works!