I’ve got a post backlog building, and I am pretty much a Juneathon fail as I have been exceptionally lazy, in amongst the busy-ness. I’m also suffering from a bit of blogger’s-block, I think it’s because the project I am on is getting pretty hectic right now and I have a few work stresses going on.  It certainly feels like I am pushing people up-hill at the moment, although I think that The Boyf may have felt that he as pushing me uphill last weekend! 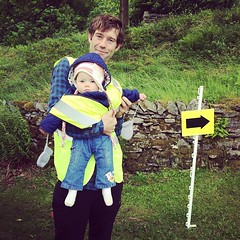 We headed up to the Lake District last weekend, we were repeating the Lakeland Trails Coniston marathon and as we needed to collect our race numbers and chips on the Saturday we went up Friday to make sure we could fit in Fell Foot parkrun whilst we were there.  To save my legs and ensure I didn’t overdo it I volunteered as tail-runner on tour and helped get two new park runners round the course.  It was a slow process but the nice thing about parkrun is that that doesn’t matter.  As we ran and walked the course we chatted about getting fitter, how great parkrun is and how getting round 5km does get easier if you keep at it.

We stayed in Ambleside this trip and it was nice being beside Lake Windermere, although there was a bit of a storm on Saturday which meant we didn’t manage to have our planned boat trip and the boat services were all cancelled.  I definitely think we would stay there again if we were up for a longer trip.

Sunday was a better day weather-wise, pretty much perfect marathon running weather, although I should have known better than to start in my jacket as I had to ditch it by the time we hit 5km.  The Boyf had decided to run with me, he’s trying to get used to running slower with a view to being able to run longer distances and it was actually really fun.  The plan was to run as much as I could and walk the ups if I was struggling.  The first half went really well and I kept a good pace but I did start to flag towards the end. 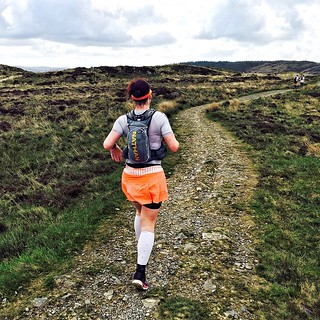 The Boyf kept me moving forward but the last strip along the lake-side was loooooonng!  We did however finish in 6:12:07 a nice improvement of 26:45 over last year’s time.  What I did find disappointing was the attitude of some of the runners, it did’t have as friendly a vibe this year and I definitely found that less people acknowledged us when we moved aside on the single track sections to allow them to pass, even when we gave encouragement as they went through.  I do find this frustrating as just because you are a faster runner does’t mean you have the right to be rude.  This annoys me at parkrun as well, the number of people that don’t say thank you to marshals when they run past is really frustrating.  When people are giving up their time to allow you to run then I think the least you can do is give them a wave, wheeze “thanks” in their direction and show tiny bit of appreciation.

Overall it was an enjoyable run and it was fun running with the Boyf for a change.